ONE MORE DAY: Although teams returned from the holiday break to practice yesterday, the NHL decided to postpone all 14 games scheduled today to allow for an extra day to analyze and assess COVID test results. Monday’s games brought the total number of NHL games postponed this season to 67.

POWER ON FOR CANADA: Owen Power became the first defenseman in Hockey Canada history to score a hat trick at the International Ice Hockey Federation (IIHF) World Junior Championship tournament, while the Canadians scored five unanswered goals to beat Czechia 6-3. Keeping on theme, Team Canada scored three times on the power play—twice by Power on subsequent 5-on-3 advantages—to put the game away.

COMMESSO SHUTS THE DOOR: After jumping out to a 2-0 lead over Slovakia, Team USA turned to Drew Commesso to hold off a late surge and secure the 3-2 victory. Commesso, a Massachusetts native and goaltender for Boston University, made 23 saves on the night, with 12 coming in the third period.

The World Junior Championship is all about national pride and, if we’re being honest, it’s about team pride, too. As we wear our red, white, and blue, red and white, or any national colors, we do so with one eye on the prospects of our favorite NHL team represented at the tournament.

This year? No exception. We are one day in, and there are already fans (I see you, Sabres fans!) crowing about future stars in their pipeline showing out on the international stage. Here are the most impressive day one standouts from Alberta:

Choose your cheesy headline (“Owen ‘Powers’ Canada to Victory,” etc.), but the 2021 No. 1 overall pick delivered in Canada’s 6-3 comeback win over the Czechs. If a hat trick for a defenseman seems somewhat unprecedented, it’s because it is—Power stands as the only blueliner to ever register a hatty for the Canadians in the history of the event! He might ply his trade at Michigan for now, but he’ll be Buffalo-bound soon enough.

Detroit’s 2019 first-rounder (Moritz Seider) leads all NHL rookies in assists, its 2020 top selection (Lucas Raymond) leads all rookies in scoring, and now the 2021 sixth-overall pick might be making a star turn for Team Sweden. Edvinsson, a blueliner currently playing in the Swedish Hockey League (SHL), sparked the Tre Kronor with a goal and an assist in a 6-3 win over Russia. He and Seider on the same blue line could be a welcome sign for years to come in Motown.

We’re still at least two years away from seeing Michkov on NHL ice, and that’s what makes his World Juniors debut so intriguing. At only 17, he already scored twice in a losing effort to Sweden.

The prospect pipeline for the Los Angeles Kings keeps getting deeper with no end in sight. Helenius, a hulking 6-foot-6, 210-pound rearguard, will probably get to the NHL on size alone, but it’s still nice to have a successful tournament to hang his hat on. Consider Helenius’ hat properly hung up after notching two goals in a 3-1 win over Germany.

Between the COVID pause and the holiday break, a lot happened over the weekend. Let’s check in on what went on while the NHL season was on hiatus.

Cam Fowler and his wife Jasmine shared they are expecting their first child in April 2022. They used a letterboard to announce the news in a family photo with their two dogs near the Christmas tree. Fowler has spent his entire career with the Ducks and has 17 points this season. Congrats to the soon-to-be mom and dad!

Christmas in a Castle

Christmas in a castle, in Calgary! Blake and Jordan Coleman, Johnny and Meredith Gaudreau, and Erik and Sarah Gudbranson celebrated the holidays at the Fairmont Banff Springs, a.k.a the castle. It is both Coleman and Gudbranson’s first season playing for the Flames, while Gaudreau has been a face of the franchise since the 2014-15 season.

It’s the most wonderful time of the year when our favorite hockey families share photos in matching holiday pajamas, and this year they did not disappoint. Red Wings forward Tyler Bertuzzi and his fiancé Ashley Greasley dressed their two pups in matching PJs. Meanwhile, in Denver, the Landeskog family resembles the stock portrait that comes with the photo frame. Although let’s be honest, it’s not Christmas until we see a family in coordinated outfits posed near a decorated tree.

Happy Birthday to You!

This week, we give a shoutout to those who grew up with their birthdays overshadowed by Christmas and to those who had their birthday parties conflict with holiday events and activities. Here are some NHL players with the distinction of being born during the final week of the calendar year!

Birthday of the Week

Ray Bourque, December 28
Tomorrow marks the 61st birthday of the highest-scoring defenseman in NHL history. To put Bourque’s 21-year career exploits in context, the Boston Bruins legend’s 1,506 points are more than double the production of the current active points leader on the blue line (Brent Burns, 740). Also, that 2001 Stanley Cup win in Colorado! 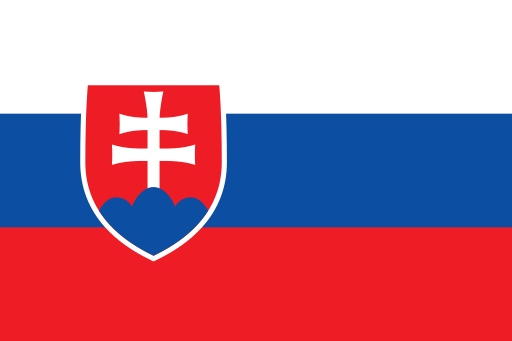